We were talking in the office a little bit today about different jobs we had, and I got to thinking about one of my older jobs, working for Krikorian Cinemas. I started during the early 1990’s, and though I was broke as a joke at the time, it was probably the most fun I’ve ever had at work.

I started as a usher, and spent several months cleaning trash out of the theaters. That part was pretty disgusting at times, but we made sure we had a good time while we were at it. We hazed the crap out of new people. I’m amazed no one ever got in trouble for it, but here I am today, having passed a government background check. And the grunge era was a different time.

Anyway, we liked to have fun with the new people. This was before stadium seating, and you would enter the theaters from the back. We’d stand there in the back with the new people, and you’d shove them down the aisle and yell, “look at me in the white!” That was fun.

We also figured out that a couple of us could mimic the GMs voice pretty well, so we would get on the intercom in the projection booth and call down to the new people in concessions as the manager. We’d ask them to bring a box of popcorn, a hot dog, a cleaning rag, and a courtesy cup of butter to the manager’s office.

Thankfully, the manager was pretty cool.

We’d also fill a bucket completely full of water and tell a new person it was “Technicolor.” The fridge in the projection booth was broken, so they needed to take it across the parking lot to Rubios and ask if they could put it in their refrigerator. They had to be careful not to spill any, because it was really expensive. People would fall for that all the time.

Also, when we’d get a really young new guy, we’d all crowd (4 guys as big as me) into the janitor closet and stare at him lasciviously for a few seconds before turning off the lights.

My favorite thing was to hide under the curtain beneath the screen and grab the legs of unsuspecting newbies as they hurriedly tried to sweep.

It’s funny what came out of that situation. I eventually moved up to projectionist/assistant and made a lot of amazing friends and met a ton of extraordinary people, many of whom I still speak with today.

People talk about “team building” all the time, and about how it improves morale in the workplace. For most of the time I worked at the Krikorian El Cajon Cinema 8, the morale was the best I’ve ever been part of, but I suppose that may have been because most of our team building was done after hours.

There were many late nights in various places. Many bonfires at South Mission Beach, hundreds of employee screenings. I can’t remember any negative incidents occurring until the latter part of my tenure, right at the end of the 1990’s. It was low paying as hell, but it was fun. 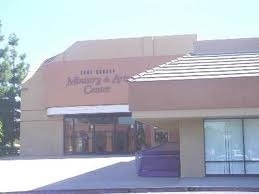 I suppose considering all the different types of things that happened there, it is sort of appropriate. In any case, I’ve got a lot of interesting memories of that place that will probably stay with me forever and still make me laugh. Perhaps not appropriate for a family blog.

Ask me sometime, and I could talk for hours. Lastly, there are a few of my ex-coworkers and present friends out there who might remember this one:

One thought on “The Krik”