Most of my adult life, something has bothered me. Enough that when I hear other people talk about it, it stirs me up quite a bit.

What’s going on with men these days?

The implication, of course, is that men don’t act like men anymore. Many see them as emasculated because they do not conform to how a whole bunch of people think a man should act.

Based on stereotypes that have at least some basis in truth, men should be hunters, not gatherers.

They should always be willing to fight for things, and people. Yes, that does include actually fighting on occasion.

They should be strong, and strong-willed. They should never struggle with self-expression.

They should leave the nurturing up to women.

Nah. Maybe pancakes or barbecue, but nothing much else.

I suppose it’s true enough that men no longer conform to past ideas regarding manhood, fatherhood, and husbandhood the way a great many people think they ought to. They may lead, but by example rather than with an iron fist.

They may fight, but not always with fists (though yes, there could be a time when that sort of thing is called for. Or deserved—because there are people in life who desperately need a whuppin).

I guess I’ve always felt like one of those men who aren’t like a lot of others. I enjoy watching sports, but because I have a theatrical background, I also enjoy watching plays. I also like oldies as well as metal. I like Christian-themed music, too.

I like to cook, and I think I’m pretty good at it.

I don’t think I know everything, and I am not afraid to ask for directions, or help.

I have a hard time suppressing my emotions, and consequently, if things upset me in a particular way, I can get emotional.

I absolutely love talking to my wife about anything and everything. I love her and I always will. When I said ‘til death do us part, I meant it. So I hear men make mean-spirited jokes about their wives and it ticks me off.

A few months ago, I was on a jury panel, but I never got past the selection process, though I did get far enough to find out what the case was about: a local former teacher had been accused of 20 different counts of several child-molesting related events. It was so bad that a handful of people were dismissed from the jury because they didn’t think they could handle hearing testimony, or seeing evidence—some of which would be “examples” of various items witnesses had been shown.

Some thought they did not have the ability to render a fair opinion.

What I noticed was that when we walked in the courtroom, the defendant was standing there looking at everyone who came in with this little smile on his face. I didn’t get how anyone in that courtroom could smile.

Or how any man could refer to himself by that title and wreak the emotional havoc on these little boys emotional lives that whoever perpetrated these crimes likely did. I thought of my own limited experience with such things and the lifelong cracks in my own psyche it caused me.

I looked at that man—without even knowing if he was guilty or not—and wanted to choke him until he turned blue.

Never got the chance to be even questioned. About 40 of us were dismissed by the judge after a large enough pool was selected.

In spite of my own childhood issues thanks to some inappropriate family behavior, I wanted to be selected for the jury. I don’t know why, except to say that I wanted to be a part of justice for a person who’d been harmed in that way. Justice like I hadn’t seen myself.

Then I came home, and as my dogs and children were scrambling around the back yard, I sat on the patio and scrolled through Facebook, and I found this video, taken from a Poetry Slam competition. The young poet himself had been scrolling through Facebook much as I was, and had his childhood rapist referred to him by Facebook as “people you may know.”

Here is a video of his performance of the poem. I’ll tell you a little about what I think of it afterward.

The first thing that occurred to me was that I did not doubt this young man’s authenticity. At all. Perhaps names and situations were altered slightly (as things often are with art), but the pain he voiced from the depths of his hurting soul was as real as real can be.

There was a line where he says “no one comes running for young boys who cry rape.”

The poet says at the end when questioned by his brother about that very thing (fighting back), “I am, right now, I promise.”

Especially if you have a “wolf,” which is how he refers to his assailant. One of the worst things victimizers make victims feel is that they aren’t worthy of anything, especially love.

I may not have an assailant in the sense Kevin does, but I do have a wolf.

Sometimes, that wolf is corporeal, with hair, and bones and teeth.

Other times, he is ephemeral, with gossamer threads of my bruised soul and (formerly) broken heart hanging from his fingertips like he just brushed through a spiderweb.

Gone from my life (for the most part), but sometimes the wound opens yet again, and I really don’t want it to.

I don’t want to choke him (like I mentioned of the defendant in the trial–I’m not that kind of man), but I don’t want to have him over for a barbecue, either.

Forgive? Certainly, I can do that.

It isn’t the same as forgetting.

And while Jesus has given me life, and family, and hope, and a better way to live, I am not able to forget.

I’m not a poet (and I know it), but I believe God has given me an outlet to bare my emotions when such is necessary.

To give voice to my ire, my confusion, and to tell other people about the amazing and impossible things God has done in my life.

I do not doubt for a second, I would not be where I am today if my heart did not belong to him.

I think of two large scarred and callused hands a softball’s width apart. Between them is a torn and bruised piece of muscle—a gray lump of flesh.

The hands move about it slowly, molding, massaging. Giving warmth.

The heart begins to change. The gray fades, and eventually the heart takes on a deep, red…pulsing appearance.

Yet I am human, and sometimes the gray comes back, as it partially did when I watched the “People You May Know” performance video.

My fight is different than Kevin’s, but it is still a fight. I don’t struggle with depression anymore, not really. The battle is with my nature.

I have been delivered from my sin, it’s true.

But I am human.

Sometimes, it’s easier to go gray than ask those hands to hold your heart all the time–which would probably make things easier.

I am human. I make a lot of mistakes.

Yet because I have experienced redemption, I know that healing is there to be had.

My wounds may not go away forever, but the blood of the carpenter gives me more perspective than I ever had before I knew him.

Perspective to see that my scars aren’t going to kill me, because his wounds cover them.

Perspective to know that the comfort I received through healing of my own injuries can also comfort others, should they choose to hear and believe.

Maybe that’s even why certain things bother me. My wounds may not totally close, but that’s for a reason.

It’s how I can be used, perhaps.

Anyway, it’s how I have been used. God has also given me the ability to talk to people. I don’t know why, but they trust me, and are often willing to share fairly quickly.

Maybe that’s you, too.

Maybe you have a wolf.

Maybe you have scars.

Maybe you’ve never said his or her name out loud in context with your brokenness.

I would encourage you—no, implore you—find someone you can relate to in a personal way. A friend, maybe a pastor. It will probably be different for everyone.

Talk to them. Tear the hurt that’s blocking you from healing into pieces and talk to someone. Find a way to express what you’re feeling. I don’t know what that looks like for you. For me, those people looked like a guitar-playing, red-headed Irishman and Pastor from Pittsburgh and a Youth Minister from Yuma, Arizona.

I don’t think that’s a coincidence.

Like mine, your healing will probably not come in an instant. But it will come.

Like the man in the video, you may have to write a poem or maybe a song every day to remind yourself why you fight.

That’s ok, and worth doing.

Let me leave you with millennia-old words from the book of Isaiah, Chapter 42:3:

A bruised reed he will not break, and a smoldering wick he will not snuff out. In faithfulness he will bring forth justice.

Always, he will bring forth justice. It would be so much easier if the justice of man and God were the same. Healing would not be such a process.

But then God wouldn’t be God. We have to trust that he knows what we need, and will give it to us.

So we have to fight back. Every day.

I don’t know about you, but for me, healing comes first.

It’s part of the fight. 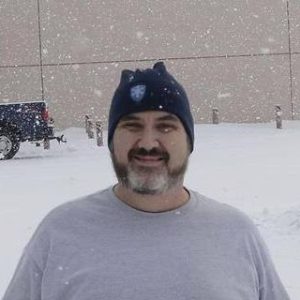