I’ve been following the growth of my former church in San Diego for several years now via Facebook and the church website. I’m not at all surprised to see them spreading out over the city and impacting it, for Jesus. Just today I saw a post on Facebook that they had an ‘all-church’ baptism for more than 160 people. Pretty amazing stuff.

Without question or compare, CVCF was the most spirit-filled and spirit-led congregation I was a part of in San Diego, and I was part of quite a few. Pastor Mike Quinn is one of the most humble and faithful servants and leaders I’ve ever met, as were all of the staff and elders (one of whom became a good friend, but more on that another time).

I think of one particular time back in 2006. All the new small group leaders were supposed to attend this rally/class at the Tierrasanta campus, and I was leading a group for those people new to the church–CV101, they called it at the time. I remember Pastor Mike and another gentleman (Billy Pirtle, I think it was) washing the feet of all the new and previous leaders. There were a lot of people. I remember I didn’t want him to wash mine because they were giant, hairy, disgusting hobbit feet. I had not come prepared.

Yet wash them he did. I remember him doing it, and praying for me and my small group (who at the time had no members) all the while, so intently he looked about to tear up. I learned plenty about humility in leadership from Pastor Mike.

There are many reasons why CVCF impacted my life so much, but for the purpose of this writing, I will focus on just two. I don’t want to crash the WordPress server.

1. Small Groups. Pastor Mike always used to say he was after each and every one of us to take part in a small group, and after a relatively short while, I decided to take part in one. It was what was then called the “career group,” I think, and was led by Matt and Carrie, before they were the Botkins.

That group made me realized how important that kind of community is to a person’s spiritual growth, and the friendship, discipleship, love and acceptance I found there are a big part of the reason I was able to lead several groups of my own, eventually.

A friend from Atlanta once described the small group dynamic to me like this, and I thought it was a pretty good comparison. Going to a church service is like walking into the foyer of a house. You don’t really do any socializing there. You’d go into the living room, or the kitchen, or somewhere you’d be more comfortable.

Church is like that because in a smaller setting, like a home group or bible study– that’s where the real ministry gets done. That’s where we learn the most about God and ourselves.

I think that’s so true. And the small group ministry at CVCF helped me to find something within myself I never knew was there. God called a leader out of me, and that was the last thing I expected. I still talk semi-regularly with Matt (mostly via social networking, unfortunately), and I will always be grateful for his friendship and leadership as well.

If you’re not part of a small group or bible study at your church, you need to be. I believe it to be a vital part of the process of edification, and a place where true fellowship happens and real accountability can be found.

My wife and I were part of a great group a little while ago that was like that for me–for us. It was led by the (at the time) youth minister at FCC, and it was a really interesting and diverse collection of people, that together made for some great discussions and powerful times of fellowship. I learned a lot from that group, and I hope when my wife and I are able to start up something similar at our home it works out the same for those people from The Rock Church who will attend. I might also add that Zeb, the leader of my former group, has become one of my closest friends (next to my wife, Jen), and has been a tremendous blessing to me.

2. Prayer. CVCF was the first church I’d been to where I saw someone literally prostrate themselves in prayer. It kind of perplexed me at first because I hadn’t seen anything like it before. It was intense. I began to see more and more people experiencing God in ways that were foreign to me, and worshipping with true abandon. You can find a little more about my experience in that ministry

It was kind of a trip at first, but not long after I became a member at CVCF, I found out about Healing Prayer, which is truly something extraordinary. I first experienced HP as a prayee, which is the person being prayed for. It was through that experience I learned a great deal about my own woundings, and was able to hear God’s truth about them and myself for the first time.

Not long after that experience, I was actually able to join the ministry as an intercessor. It was through nearly four years of that experience–of praying for others–that I learned what a difference prayer can really make, and the changes it can bring in a life through the Holy Spirit.

I also learned through HP that I seem to have some small gift for speaking to people who are broken in many ways and not breaking them further. I love talking to people, and HP offered me the chance not to just talk to them, but pray for them. Pray with them. Anoint them, and bless them.

Through HP I learned about the truth of spiritual warfare, and what true deliverance looks like. I learned that heroes can also be school teachers, and hospital administrators, and nurses, and stay at home mothers. I learned that God can use anyone at anytime to reach out to people in pain, to broken and brokenhearted people and bring them healing through His truth.

It was through HP I found the courage to face my own darkness and realize through Jesus it had never really been that dark. I learned how to take the battle to the enemy, who is just as real as God.

All of that to say if it were not for CVCF and the people I spent time with while I was there, I would certainly not be here today. It’s an extraordinary, vibrant and spirit-filled church, and if you’re in San Diego and don’t have a church home, I encourage you to check it out (here).

I know they are not called CVCF anymore, but they were the whole time I was there and that’s what they’ll always be to me.

So thanks to Kris for inviting me there.

Thanks to Merrill and Allyn for believing in me, encouraging me, and holding me accountable.

Thanks to Pastor Mike Quinn, for being an amazing shepherd.

Thanks to all the people involved in the HP ministry with me over the years I was there. There are too many to mention, but you all know who you are.

You helped me to find this place in the desert, where I belong. This family I love, and this amazing house of worship where I now serve. 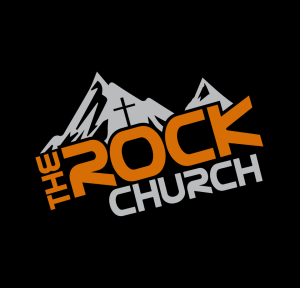 But this had to happen first, and thank God it did.