This weekend was the Relay for Life, at the UCSD track, which not only raised money for various cancer related causes, but maybe even more importantly, raised awareness.  Participants would walk laps around the quarter mile track, usually in conjunction with other teammates (mine was with a few people from work).  There’s no baton handoff, you just walk, and trade off for breaks.  The walk was all day Saturday, and all night, finishing on Sunday afternoon.  Many people camp out for the entire thing.  It was awesome.  Here’s a few random pics: 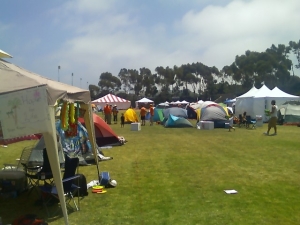 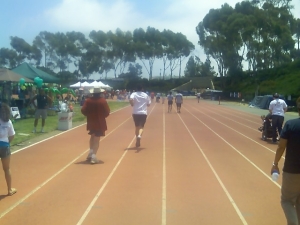 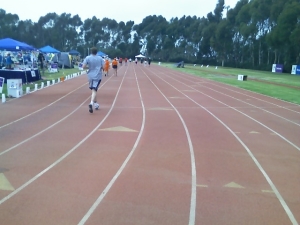 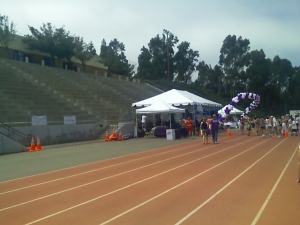 Later on in the afternoon, they put out the luminaria, which are memorials/tributes to friends or loved ones of all sorts that have either died from cancer, or are still battling it.   They’re paper bags with a candle inside, and later in the evening, there’s a ceremony where the candles are lit (though I left before then).  Must have really been something to see.  As it was, it was moving just looking at the bags.  They first did one lap around the track and set out one every 3 or 4 feet, then did another lap and set one in the middle of each gap.  All the way around the quarter mile track–all lives that had been touched in some way by cancer–even the loss of a pet (there were a couple of those that teared me up). 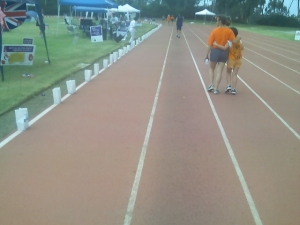 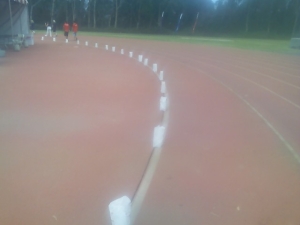 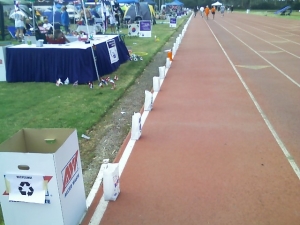 There was also a place where people who’d battled cancer and survived could plant a flower. 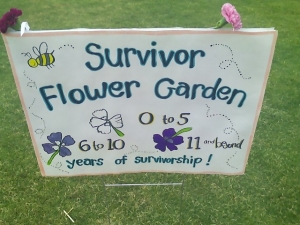 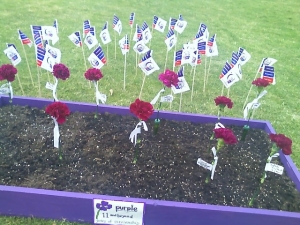 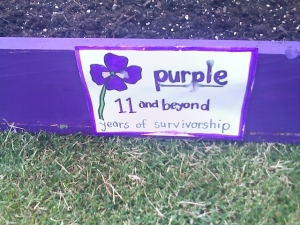 I talked to a few of these people, and they were very cool.  So many incredible stories all over that place.  I met a guy hobbling around the track on crutches with a broken leg.  Several people in wheelchairs. I met people that were defiant, and fierce, and not afraid.  There were many tributes to friends, and many people walking with signs and banners, probably the most extravagant being from a group called Stacy’s Circle of Friends, who were both raising money and awareness for breast cancer.  They were like mardi gras.  Tossing beads at walkers, most of them wearing pink feather boas and masks. http://www.stacyscircleoffriends.org/

So it was quite a day Saturday.  I went home tired, but was glad I went.  It was an honor to meet so many strong people, and hear their stories.