Someone I know had a social media post yesterday asking about plans people had for the weekend. Mine was to stay cool, and sleep past 0400 for a change.

I’ve been mostly able to accomplish that so far, but God being God, today he woke me up at 430 with a thought, and a series of memories regarding a period in my teens.

Most people who know me and I call friends also know that my parents died many years ago, during my middle high school years and just after.

Some of these people also know that I have three sisters and a brother, and that my relationship with my brother varied from bad to abusive to oddly kind on his part.

I don’t know many exact specifics, but after my dad passed away we had accrued quite a few medical bills in the course of trying to prevent his death and when we combined that with the fact that my mom was starting to speed up her own process of dying and was very sick, plus there was no income into our little house it became clear we’d have to move out of the house and sell it, to pay for some things and leave a little left over.

My older brother didn’t want to go, however, and made things very difficult for everyone else. Mom and I ultimately moved into an apartment for a while, and thanks to the situation with my brother she got to spend a great deal of the time she had left with her kids being kind of crappy to each other.

It took a while, but eventually mom was gone, along with my childhood home and we had to go on with things.

I was 19 by that time and from what I remember, most of what was left from the house after some bills were paid went to me.

It wasn’t much, but I was able to get by ok with the help of my sisters. I imagine they tried to help my brother as well, but he made that super tough, too, and still does.

What God woke me up with today was the realization that much of this was not his fault because his life was tough too. Yes, the path he often chose involved meanness, recrimination and abuse. Regarding myself, God showed me this morning that even though my brother may have been a jerk, he was still loved as much as me.

I tried to argue with God that I’d always been nice and had never done anything wrong to anyone.

Today snapshots flickered by of my brother. One after another. The times he’d reached out (albeit in a very passive/aggressive way) and I’d turned him away, sometimes literally. I felt very justified in my behavior because of how my brother had been to me all my childhood. But I also saw anew the odd and seemingly out of character kindnesses he’d shown me.

And my realization was that my brother had truly been one of the least of these, and I’d shown him the door.

And my realization was also that no unkindness to another person can be justified by how they’ve treated us.

We weren’t made to be unkind. We were made to love others, and love God.

I haven’t always done that, and that’s wrong.

Lord, forgive me for the unkindness I’ve so often shown other people, whom you also love. Who you also took the whip and the cross for. Make me more like you, and less like me. Create opportunities for me to share with people what you’ve done in my life. To share with my kids and my wife what a changed life looks like.

Help me to realize that my heart of stone has been removed and replaced. Help me to better show you to my kids, so that when they’ve wandered off, they can find you again.

I’m yours, Lord. Help me to live that out.

As a sort of epilogue, let me say that time, healing, and Christ have repaired my relationship with my brother as much as one can do such a thing with a completely unrepentant person. I will trust God to create and facilitate more change there if that’s his will.

I guess I just needed to realize what I said before: no unkindness to another can ever be justified. We weren’t made for unkindness.

We were made to be a reflection of Jesus for others to find him by.

We were made love the lovable and the unlovable. 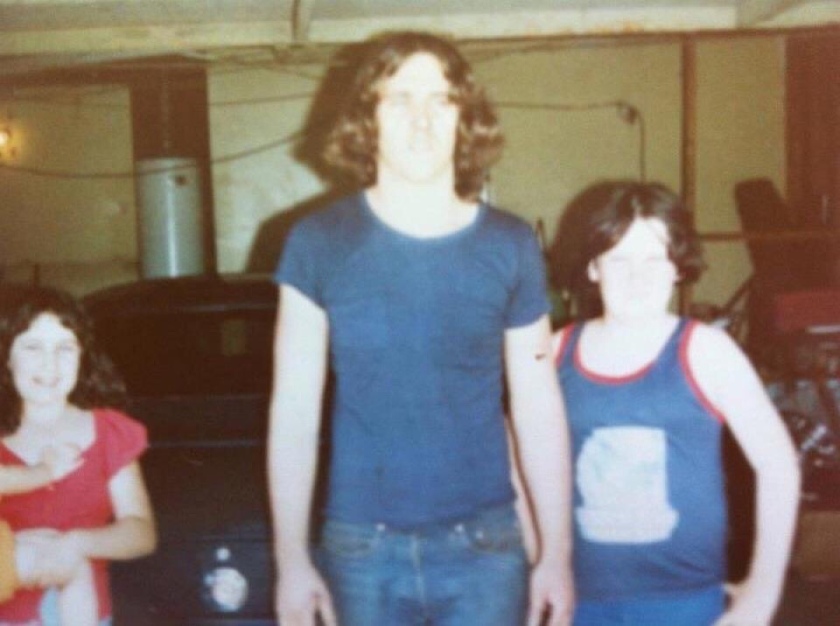